Networking, Your Business The Movie

A documentary about business “Networking” groups.

Ron Robinson Studios is pleased to announce the release of our 2nd documentary feature.

Networking, Your Business The Movie is an in-depth look at what business owners face in today’s fast pace business world, including social media. You also may learn a thing or two about how to grow your own business.

We sat down with over 20 networkers and Network Group leaders to find out what makes this way of marketing so vital in today’s fast paced way of life.  Our motive was simple.  Whoever watches this movie, we wanted them to have a better understanding of what it takes to be a successful networker.

“This movie has so many great tips and ideas on how to get out and effectively promote your business.” ~ Terry Bean

What are Networking Groups?  What are the differences between the groups?  More importantly… Which is the best group to belong to?  This is what I wanted to find out when I began shooting this movie.  What I found out, at least at first, was that I was asking the wrong questions.

There are over 320 Chambers of Commerce in the state of Michigan. Working in and out of those chambers are countless individual “Networking Groups”. WHAT ARE NETWORKING GROUPS? What are the differences between the groups?

I started shooting this movie asking which is the best group to belong to? What I learned is that a good group is defined by the strength of the networkers within that group… SO what does it mean to be a strong networker? The answer to that… I guess depends on you.

Watch at home on DVD.

This is our second documentary.

In 2013 Ron Robinson Studios released . “It Takes a Village, The Story of The South Channel Lights”.

In 2016 “If You Build It, They Will Come… Bringing Pro Baseball to Utica” was released and is now available streaming on-line

Other Documentaries VIEW ALL

If You Build It, They Will ComeDocumentary 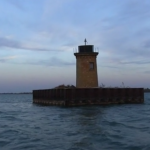